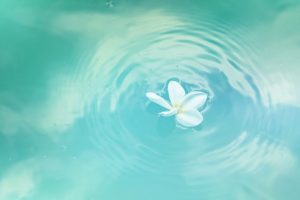 These days everyone is talking about the notion of “vibrational energy”. You meet someone and say, “they have such great energy”. Being around them makes you feel better, even if you’re not quite sure why. And, the reverse of that is also true when we get a “bad vibe” from someone.

We are constantly getting “input” about whether someone or something is “good” or “bad”. We are “feeling energy” even though there isn’t necessarily a logical basis for it. So, what influences this “energy”? What emotional states cause “energy” to rise or fall? What factors influence how others “perceive” you and your energy? Why are some people deemed “attractive” to the masses, and others who may be equally “good-looking” are not?About 6 months ago, I was introduced to a book called Power vs. Force. It is an important, MUST READ book… authored by David Hawkins. This is the first book I’ve read that quantifies this notion of “energy”, and has helped me understand what is truly impacting my “vibrational energy”.whether positively or negatively.

“We think we live by forces we control,
but in fact, we are governed by power from unrevealed sources,
power over which we have no control”
– from the author’s Preface. 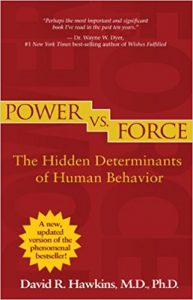 Power vs. Force talks about “energy” in scientific terms, encompassing over 30 years of research. Everything has a “vibrational energy”. The author devised a calibration system to rate the “attractor fields” or “energy” of virtually anything… people (dead or alive), emotions, events, books, religions, anything… the scale ranges from 1 to 1000. Numerous tests, double-blind tests, etc… were done using kinesiology as its primary testing tool. Anything below 200 is negative energy and causes “anyone” to test weak. Scores above 200 are empowering or life-giving…..and causes people to test “strong”.

As one example… 2 envelops were taken, an image of Mother Teresa was placed in one. An image of Hitler was placed in the other. Even without seeing or knowing what was inside the envelope, people consistently tested strong with the envelope holding a picture of Mother Teresa, and weak with the envelope of Hitler. The point being, one doesn’t need to SEE or even believe in the methodology, our bodies KNOW energy and respond accordingly. This is just one example.

The book talks more extensively about the testing behind it… and more specific applications as it relates to emotions, business, religion, sports, addictions, spirituality, etc.

To buy the book, if you don’t already have it…..click Power vs. Force.