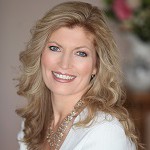 Best-selling Author of Power vs. Force,
Letting Go, I: Reality and Subjectivity,
Dissolving the Ego, Realizing the Self

* The basic discovery that underlies his work in Consciousness.  TRUTH can be measured on a linear logarithmic scale of 1 to 1000.

* The Map of Consciousness illustrates this scale of truth, and the corresponding emotional states that are associated with each level (found in Power vs. Force).

* The critical importance of INTEGRITY in evolving the consciousness of oneself and the world.

* The magic of APPRECIATION and other virtues such as respect, honesty, love, acceptance, compassion, forgiveness, and humility.  Cultivating these states evolves Consciousness.

* MOTIVE is important.  When we’re focused on “getting”, we diminish the positive impact of the virtues above.

* There is ALWAYS a PAYOFF in states such as anger, frustration, being a victim or being a martyr.  The Ego feeds on these lower level states.

* Transitory emotions are NOT who we are in Reality.

* TAKING RESPONSIBILITY for oneself and preserving the rights of others, evolves Consciousness.

* There is evil in the world.  Being naive about this is essentially stupid.  Containing such individuals supports the overall rights of others (hardened criminals, certain leaders in the Middle East).  Viewing them with COMPASSION is more useful.

* WILLINGNESS is the basic principle that is most important in human affairs and relationships.

* AWARENESS of spiritual principles of Consciousness creates momentum and growth.

Sir David R. Hawkins, M.D., Ph.D., is an internationally renowned psychiatrist, consciousness researcher, spiritual lecturer, and mystic. Author of more than eight books, including the bestseller Power vs. Force, Dr. Hawkins’s work has been translated into more than 17 languages. In the 1970s, he co-authored Orthomolecular Psychiatry with Nobel Laureate Linus Pauling, revolutionizing the field of psychiatry. He made appearances on The MacNeil/Lehrer News Hour, The Barbara Walters Show, and the Today show. Dr. Hawkins has lectured at Westminster Abbey, the Oxford Forum, the University of Argentina, Notre Dame, Stanford, and Harvard. He has also served as advisor to Catholic, Protestant, and Buddhist monasteries.
Winner of the Huxley Award, knighted by the Sovereign Order of the Hospitaliers of St. John of Jerusalem, nominated for the Templeton Prize, and honored in the East with the title Tae Ryoung Sun Kak Tosa (“Foremost Teacher of the Way to Enlightenment”), Dr. Hawkins’s work continues to have a profound impact on humankind.

For more information about Dr. David Hawkins, his upcoming events, or to order his books or videos, visit www.veritaspub.com.