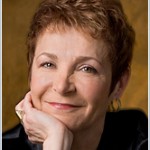 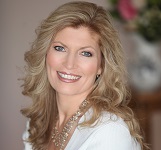 Best-Selling Author of Sacred Contracts, Anatomy of the Spirit,
Why People Don’t Heal and How They Can
and Entering the Castle: An Inner Path to God and Your Soul


* Are you on a spiritual path?

* Would you like to better understand energy and how healing occurs?

* Are you intrigued with the idea that we all have “sacred contracts”?

* Do you want greater access to your intuition and power?

I feel tremendously honored to interview Caroline Myss.  My father was the first to introduce me to the wisdom of Caroline Myss, with Anatomy of the Spirit.  I remember my eyes tearing up as I listened to the first tape (no CD technology back then!).  Her message resonated so deeply with me.  Since then, I’ve immersed myself in Advanced Energy Anatomy, Sacred Contracts, Finding Your Sacred Contract, Spiritual Madness, Living the Symbolic Life, Self-Esteem: Your Fundamental Power, and Spiritual Alchemy.    Recently, I’ve enjoyed The Language of Archetypes, Your Power to Create, and Entering the Castle.

During the most challenging period of my life, another friend suggested that I get “Spiritual Madness” and listen to it over and  over and over again.  Through her CD’s, Caroline became my spiritual advisor, and I am forever grateful.  She is one of the best teachers to understand energy, chakra systems, spiritual transitions, archetypes, and healing.  Every one of her audio programs has impacted my being.  Needless to say, Caroline Myss is one of my favorites.  On September 26th, it will be my pleasure to give you a glimpse of Caroline’s wealth of wisdom.

* How we can strengthen our connection to our “inner voice” or intuition.

* The importance of archetypes as a tool for anyone on a spiritual path.

* How to tell the difference between “spiritual madness” and “psychological disorder.”

* How anyone can maximize their ability to heal themselves and others.

Caroline is dedicated to creating educational programs in the fields of human consciousness, spirituality and mysticism, health, energy medicine, and the science of medical intuition. In 2003, she established CMED, her own educational institute, which offers two programs, each running three courses per year, on Sacred Contracts and Mysticism. Caroline also maintains a rigorous international workshop and lecture schedule and continues a consultation practice as a medical intuitive with physicians, psychiatrists, psychologists, and other health practitioners.

Caroline began her professional career as a journalist in 1974. After completing her Master’s degree, she co-founded Stillpoint Publishing in 1983 in Walpole, New Hampshire. From 1983 to 1990, Caroline worked as head of the editorial department for her publishing company, which produced an average of ten books per year in the field of human consciousness and holistic health. Simultaneously Caroline began her career as a medical intuitive. In 1984, Caroline met C. Norman Shealy, M.D., Ph.D., a Harvard-trained neurosurgeon who had an interest in the science of medical intuition. They began a colleagueship that continues to this day. During their early years together, Norm helped Caroline develop her skills by having her conduct health readings on his patients. During Norm’s interview with a patient in his office in Springfield, Mo., he would phone Caroline for her assessment of the patient’s health. The only information Caroline requires is the name and age of a patient and his or her permission. From that data, Caroline is able to profile the patient’s physical/psychological/emotional and family history.

Through this research, Caroline developed the field of Energy Anatomy, a science that partners specific emotional/ psychological/physical/spiritual stress patterns with the diseases that they create or influence. This research proved so accurate that it became the subject matter of a book co-written by Caroline and Norm: THE CREATION OF HEALTH. Eventually this ground-breaking research became standard classroom material for students studying the principles of holistic health, psychological stress patterns, and the alternative methods of healing.

As a result of this work, Caroline earned a national as well as international reputation as a renowned medical intuitive. She is respected as the leading pioneer in the field and as a result of her work in opening this field, more than ten thousand practitioners are now active in the health field. From 1992 to 2004, Caroline and Norm developed an educational program to teach the Science of Medical Intuition. In 1996, they founded the Institute for the Science of Medical Intuition, which funds research in the field. This Institute remains active.

In 1996, Caroline compiled her years of research in medical intuition with her work in the field of human consciousness, releasing the book ANATOMY OF THE SPIRIT. This book became a New York Times bestseller and has been published in 18 languages. To date it has sold over 1.5 million copies. Eighteen years of research in medical intuition led Caroline to explore more deeply the field of holistic health, specifically, the dynamics of healing. Her research in this resulted in her study of why people do not heal. In investigating the underlying reasons why people sabotage their healing processes, Caroline identified a syndrome she calls “woundology,” characterized by a person’s reliance on the power of illness for manipulation of his or her world, as opposed to attaining an independent, empowered state of health. As with her other ground-breaking research, this syndrome is now a recognized psychological condition. Her work in this area became the subject for her third book, WHY PEOPLE DON’T HEAL AND HOW THEY CAN. This book was Caroline’s second New York Times bestseller.

Following that research, Caroline developed her interest in the language of symbols, myths, and archetypes. Her medical intuitive readings expanded beyond gathering data on health stress patterns to including the symbolic language inherent to each individual. As a result of that research, Caroline was able to profile an individual’s “Sacred Contract,” a complex of 12 archetypal patterns that reflect in mythic language the agreements the soul made prior to birth. This research opened an entirely new area of work that drew interest from around the globe. As a result of this work, Caroline released her fourth book, SACRED CONTRACTS, which became her third New York Times bestseller. This book has also been published in 18 languages and reports sales of well over 1.6 million copies.

In 2003, based on the interest generated by her work in Sacred Contracts, Caroline opened her own educational institute. CMED (Caroline Myss Education) offers two programs per year, each three sessions long. The first is on Sacred Contracts and the second is on Mysticism, Intuition, and Healing. The Institute draws students from nineteen nations as well as across the United States.

In 2004, Caroline released her fifth book, INVISIBLE ACTS OF POWER, which also became a New York Times bestseller. She is now working on her sixth book, ENTERING THE CASTLE, as well as her media project on the mystical history of America, which includes the book, THE SACRED CONTRACT OF AMERICA.

Throughout her career, Caroline has taught in thirty-five countries, continuing her international work at present. In addition to writing six books, Caroline is the leading recording artist for Sounds True, Inc., the major audio recording company in the holistic field. She has recorded with them since 1990, producing 30 different titles. Her entire library of recordings now numbers over 180. In 2003, Oprah Winfrey gave Caroline her own television program with the OXYGEN network in New York City, which ran successfully for one year. Caroline does an average of six radio shows per month and five newspaper or magazine interviews in both national and international publications.