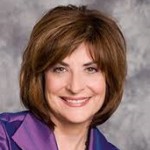 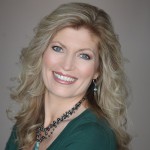 * Have you ever struggled in applying the Laws of Attraction in your life?

* Would you like to learn how to SHIFT your emotions in the most challenging of situations?

* Do you want to know what keeps high-achieving women from succeeding?

* Do you ever sense an underlying “restlessness”, and would you like to understand it better?

* Would you like to learn how to market your business through speaking and writing?

* Would you like to tap into the wisdom of a former ICF President, MCC, CSP, PhD, and published author?

* What keeps high-achieving women from achieving

* The 5 things wrong with Laws of Attraction.

* A 4-Step process for shifting EMOTIONS.

* What to do when you have conflicting emotions?

* How to market your business with speaking and writing, including what NOT to do.

* How to “outsmart your brain.”

I first met Marcia Reynolds through my dear friend Jeanna Gabellini (who used to room with her each year at the ICF Conference). Shortly thereafter, Marcia became president of the International Coach Federation (ICF), and she was VERY visible — and inspiring!! I’ve always respected her leadership, while simultaneously admiring her sense of fun and adventure. Under her leadership as ICF President, the credibility and exposure of coaching in the media soared, as our industry expanded into the limelight!!! Meanwhile, Marcia would take summer-long RV adventures where she’d coach from the road. How inspiring!

In addition, Marcia is a published author, Master Certified Coach and accomplished keynote speaker. I’ve appreciated Marcia’s wisdom and presentations at various breakout sessions at ICF Conferences; learning tons about mastering speaking skills. Later in January, I’ll be attending her private “Developing Your Keynote” workshop in Arizona. I can’t wait!! She’s one of few professionals who hold both the coveted MCC and CSP (Certified Speaking Professional), both of which have rigorous requirements. And, this fall, she can now boast PhD after her name!! This woman is a ball of energy and committed to learning and growth!!! Marcia is an expert on the brain, transforming emotions, high-achieving women, speaking, writing and coaching!! I am honored to know this amazing woman and allow all of you to tap into her wisdom. You won’t want to miss this call!!! Mark your calendar!!

Marcia Reynolds, MCC, president of Covisioning, has spent 25 years working with a diverse set of organizations including high-tech firms, health care corporations, federal agencies and banks in the areas of leadership development, emotional intelligence, and team building. Her greatest success story came as a result of designing the employee development program for an international company facing bankruptcy. Working with the executive staff, they turned the company around. It became the top IPO in the country in 1993.

Marcia is now a world-renowned coach and past president of the International Coach Federation. Excerpts from her books and interviews have appeared in Fortune Magazine, Health Magazine, Christian Science Monitor and The New York Times, and she has appeared on ABC World News, National Public Radio, and Japan Nightly News.

Her focus in coaching and emotional intelligence grew after teaching management programs for years and seeing most of what she taught forgotten by participants within 48 hours, or sooner when caught in “the heat of the moment.”

When emotions took over, logic lost out. Emotions were never discussed as a part of her studies in Adult Learning Psychology. Yet in studying Daniel Goleman’s Emotional Intelligence, she discovered an element that can either increase or decrease learning retention. Therefore, she now includes principles of emotional intelligence in all her classes, and group or individual coaching following the program. The result.her students report seeing behavioral change and effective results much sooner.