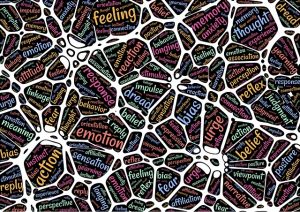 A couple of years back, I was right in the middle of watching American Idol and my stomach began cramping. I thought it must be a gassy tummy and assumed it’d go away shortly. I was wrong. I barely slept a wink that night because of the intense pain.

I had a very important list of tasks for the business that needed to be done the following day, but they all had to be chucked out the window. I couldn’t focus or tap into my creativity with all the doubling over pain.

I called one of my babysitters to come over that night to help with the kids because my mate was working late. Thirty minutes before her scheduled arrival time, she had to cancel. I wanted to cry. I called the rest of my tribe for help and they were all unavailable. There was only one thing left to do… make peace with my situation.

Keep in mind that I had a three-year-old who never stopped talking and a one-year-old whose main mission is to climb up to high places that make me fear for his life and want to escape out of the house. There was no way I could chase my baby or even lift him up. Plus, I had a raging headache. The odds of us all surviving the night were slim.But the oddest thing happened. Once I surrendered to having to take care of them, while crazy sick, things went pretty smoothly. More smoothly than any evening I remember. My oldest son fetched me anything I asked for, kept hugging and kissing me and was simply an angel.

It’s truly one of the biggest lessons I’ve learned in the past couple of years, to take my implementation of the Law of Attraction to a whole other dimension.

It’s the same strategy I used the year prior in the final quarter to create my most profitable year yet. And that is saying a lot because it didn’t look like I was even going to reach six figures at the end of August 2011. My knee-jerk reaction was to panic. But I know that never helps.

I decided to make 100% peace with my pitiful numbers. I even stopped caring about sales. If people bought from me, great. If they didn’t then that was fine, too. I really trusted that somehow, some way my finances would turn around.

And they did. Not only did they skyrocket but it happened lickity split. Once the money began to pile up, I began asking for more. I wanted to stay in appreciation and also know that this didn’t have to be a one-time avalanche of extreme prosperity.

I wasn’t afraid that my good luck would leave, but I was also at peace if it did. No negative emotions on the topic of money caused my whole situation to flip. I promise there was no other secret marketing strategy.

My secret is making peace with wherever I’m at, especially when things aren’t going my way. It’s not really a secret, it’s just challenging to believe that this is the only thing needed to make the switch. Our default is to take action. And the action is usually driven by the same energy that created the mess in the first place.

I also have to continuously make peace with the fact that I create the messes in my life. Often, that’s the hardest pill to swallow. But once I do, I feel good again.

Jeanna Gabellini is a Master Business Coach who assists high achieving entrepreneurs and their teams to double (and even triple) their profits by leveraging intention, systems, and fun. Reserve your seat in her COMPLIMENTARY webinar today (or get the replay for the next 72 hours) ‘Unlock your Profit Code.’ Grab your seat here.